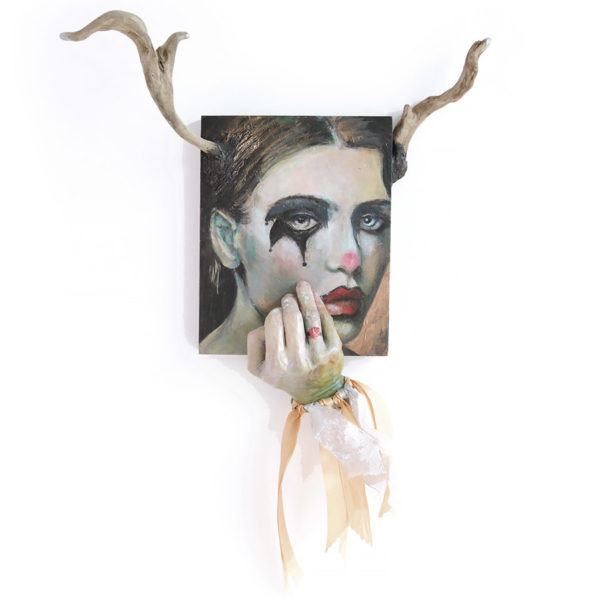 Fonda dresses as a faun – half human, half goat-and dances as well as plays the flute between trapeze acts.

She wears horns made of driftwood tipped in silver for protection, she aspires to be a high flyer one day.

She’s skimmed in tones of blues and greens, further emphasizing her otherworldly nature.

Her hand touches her face because a little girl in the audience laughed at her taunting -“girls are princesses, not goats”. She wears a ring which her mother gave her before she died of tuberculosis.

That’s actually how Fonda became an orphan; her mother died and her father, a sailor, was nowhere to be found and unable to be reached.
The circus sounded like a suitable family replacement in the short term, that was 10 years ago.

Fonda paints a star around her eye when she performs in honor of her father- the sailor who would circumnavigate by the use of the constellations.

She has a red nose because the clowns have adopted her into their family.