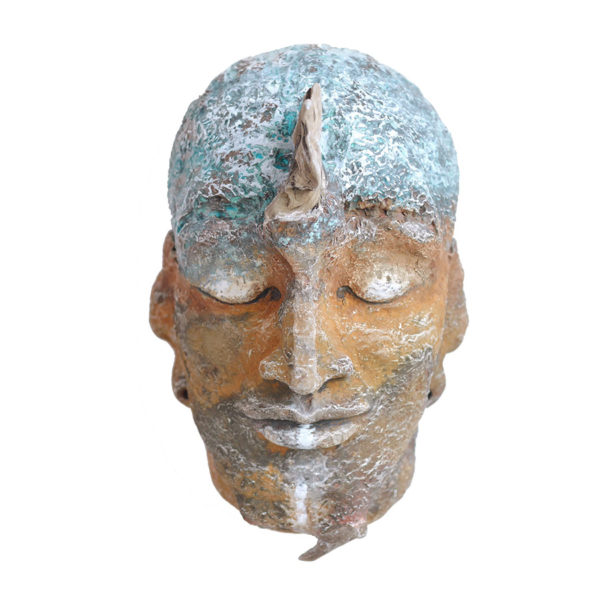 Othello heralds from Madagascar, a magician who can make illness disappear. Not to be confused with a sorcerer, which is black magic. Othello is all good. The driftwood in his third eye and on the cleft of his chin represents his connection to nature.

His eyes are closed so that he can view all layers of existence simultaneously. The white on his eyelids and down the center of his chin represents a perfect balance between Yin and Yang.

Gazing upon him is like basking in contagious serenity. Othello is the older brother to Fortuna who brought him into the circus world where she worked as a fortune teller. Five years ago she had fallen ill and needed her shamanic brother to pluck her from death’s threshold. After doing just that, he was ready to return to Africa. Then he met Mabel, the lion tamer, and decided to stick around…
—
Contemporary shaman sculpture featuring elements of driftwood.