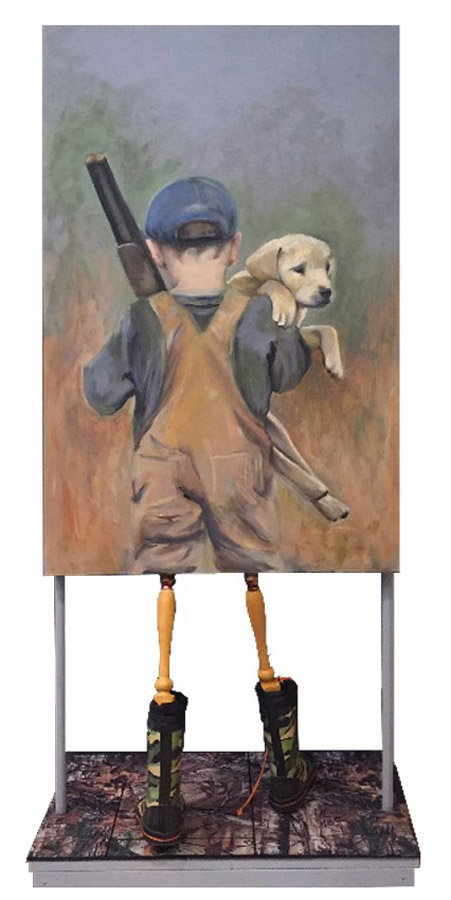 A Letter from Jonathan:
Hi,
When I grow up I want to be real tall, just like my grandpa was. He was really nice but he had to go to heaven and I don’t like that.  He use to put me up on his shoulders and make me bigger than everybody. I liked that. Grandpa would take me huntin’ sometimes. We would get up real early before the sun woke up and go take all his huntin’ dogs out in the woods to sniff around. They would take off running and barking a lot. Grandpa would tell me which dog was saying what and what animal they were smellin’.  I didn’t understand but I liked going anyway. He would let me drink his coffee but I didn’t like it much. Usually he would hide a candy bar in his one of his coat pockets and I would have to find it. And I usually shared it with him. Then we would get the dogs and go back home. Not sure why we went ‘cause we never brought anything home from the hunt except some tired dogs. I wanted to see a bear but we never did. If you want to adopt me, that will be fine.  I hope you are like my grandpa and you like loud dogs, candy bars and going huntin’ real early. But if you just like me, that’s alright too I guess. Goodbye, Jon

Aunt Vallie’s Notes on Jonathan:
Jonathan came to the Spring Hill in the early fall. The maple trees in the surrounding hillside were just starting to turn red and that deep yellow that signals the change in seasons. He was only 8 years old but he walked tall and straight, like a grown man. One of the first things he asked was “when’s huntin’ season start around here?” I had to answer him that I truly didn’t know but we would find out. That was the first time I saw his fine-looking smile and his pretty white teeth shinny in spite of what I later found out was a severe distain for brushing them. Jonathan didn’t come with a lot of belongings but he treasured the little tin box of pictures he carried with him everywhere. He wagged it to every meal and even out to play. By the end of the first week, he had shown everyone his pictures of his grandpa, all his dogs and even some baby puppies that he saw born. He said, “Now I’m a grandpa too since I saw them born and took care of them.”  What more can you say when 8 year old says something profound but simple like that?  Just writing about him makes me smile.